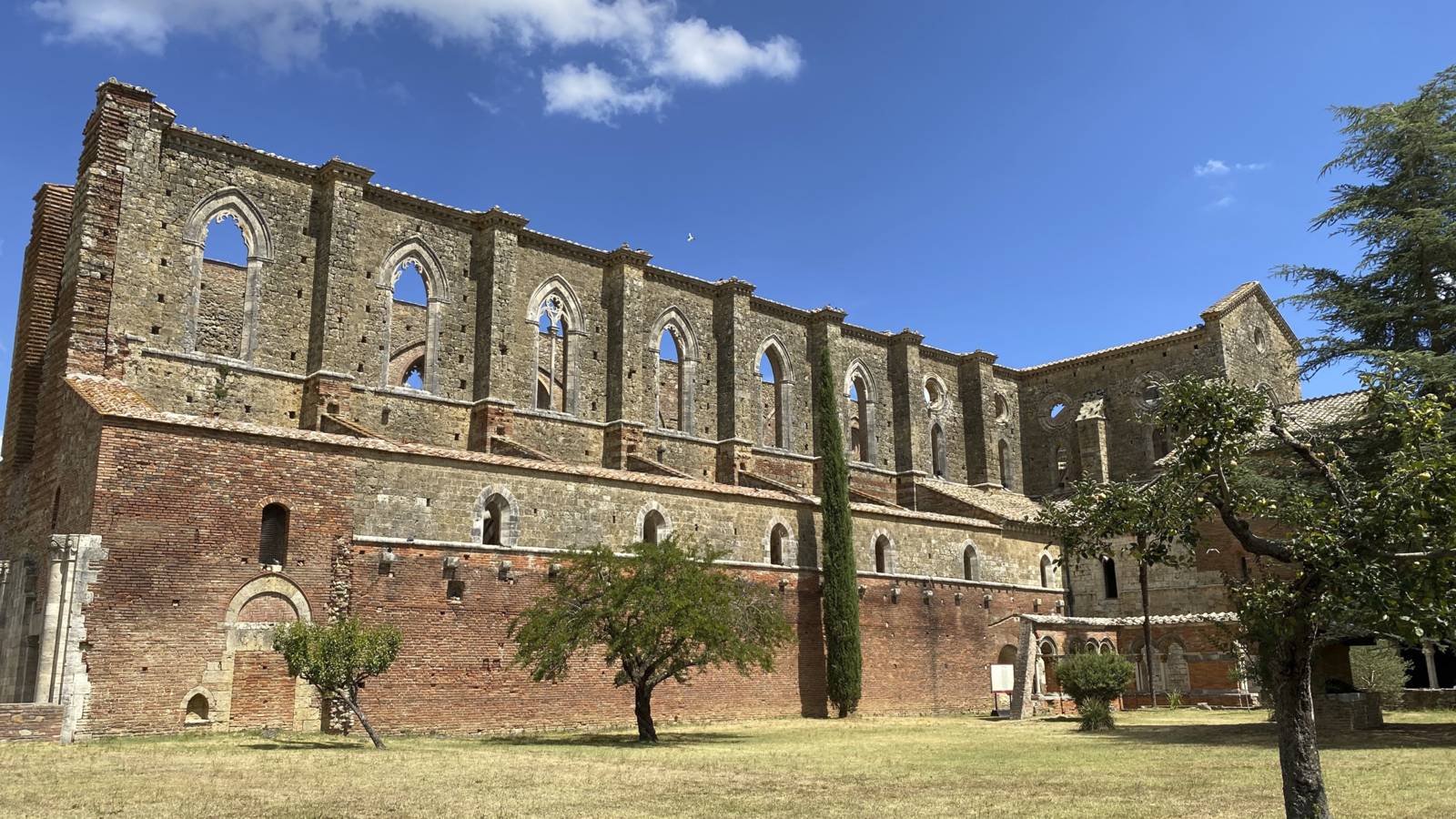 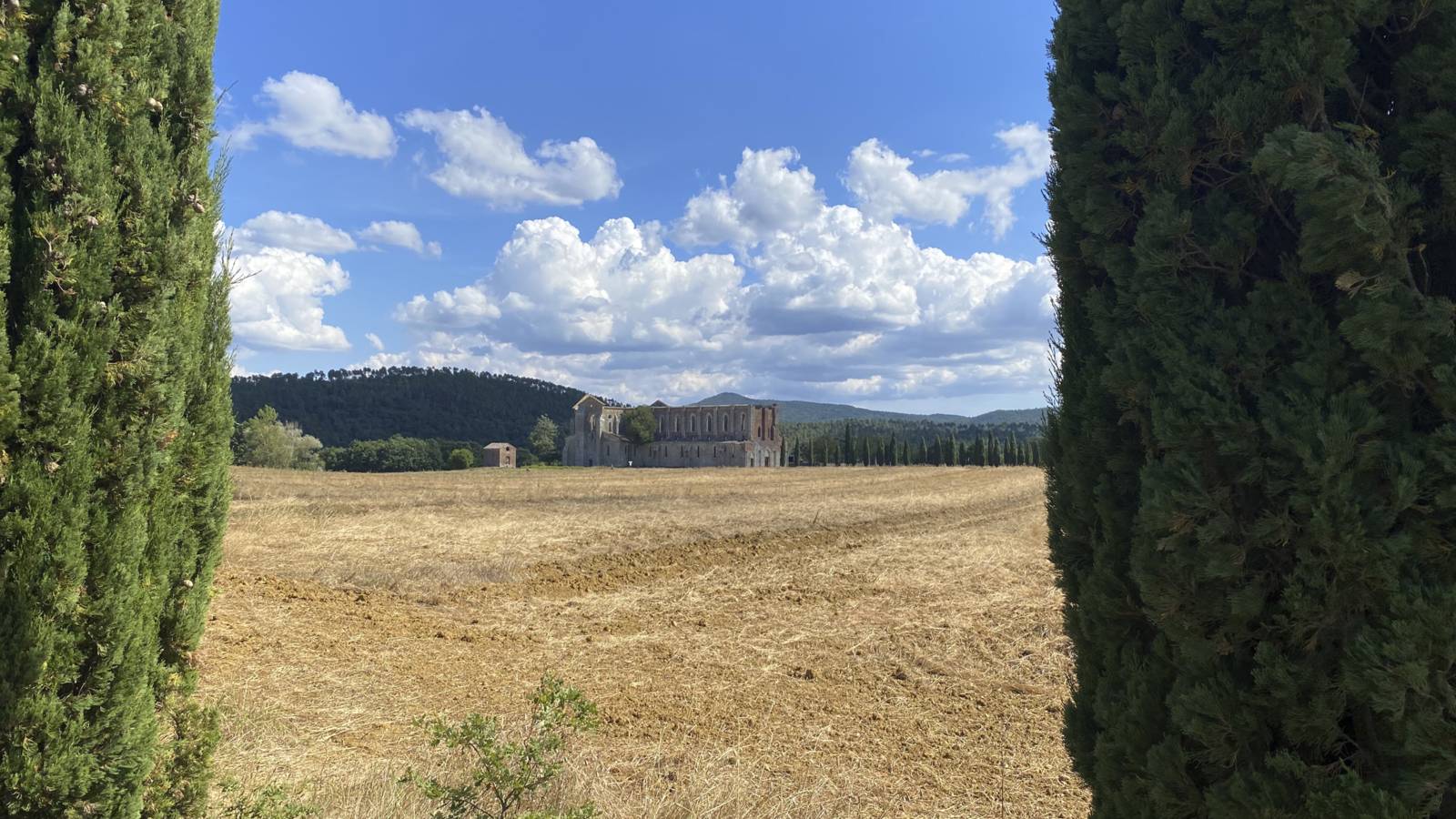 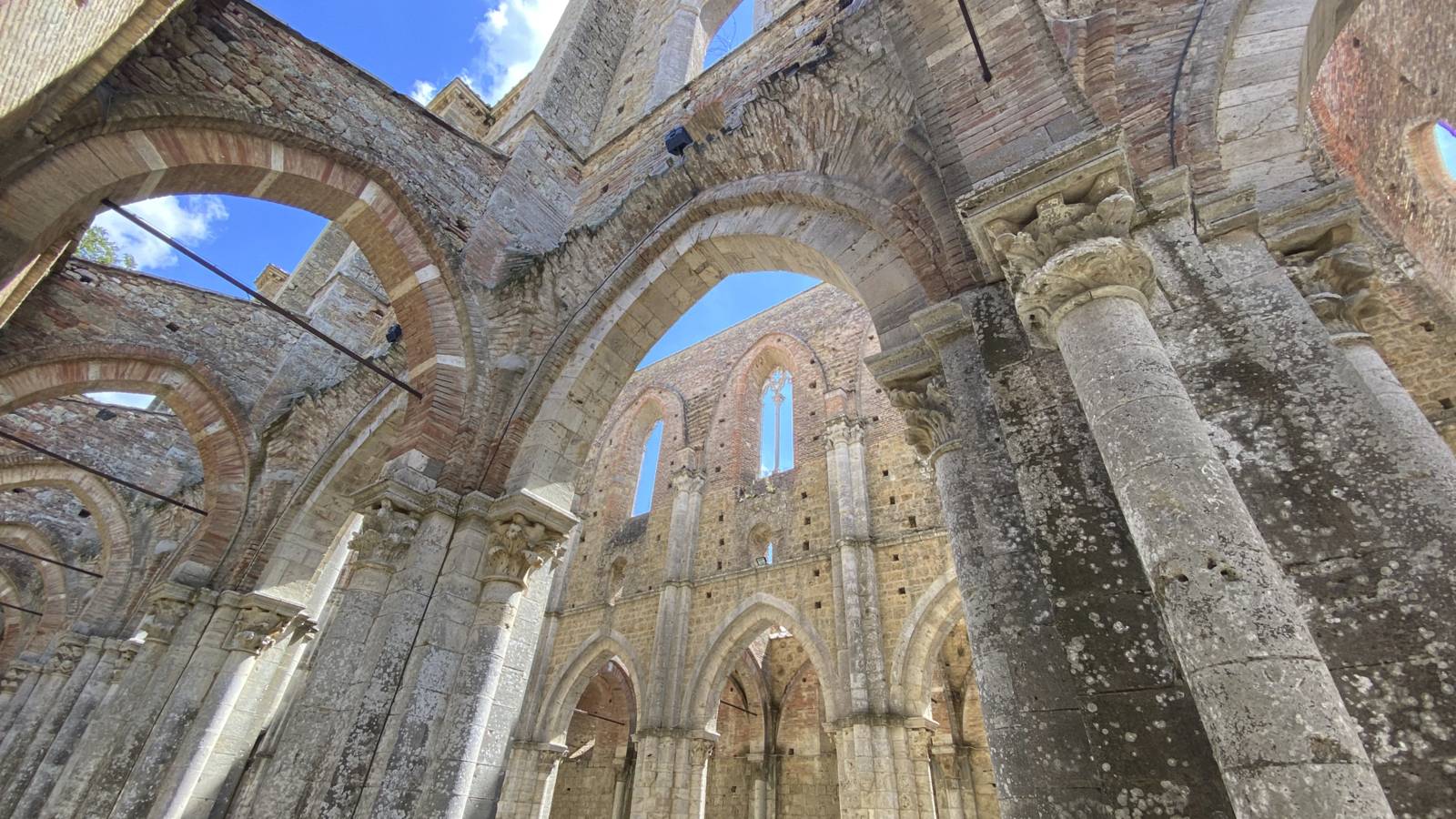 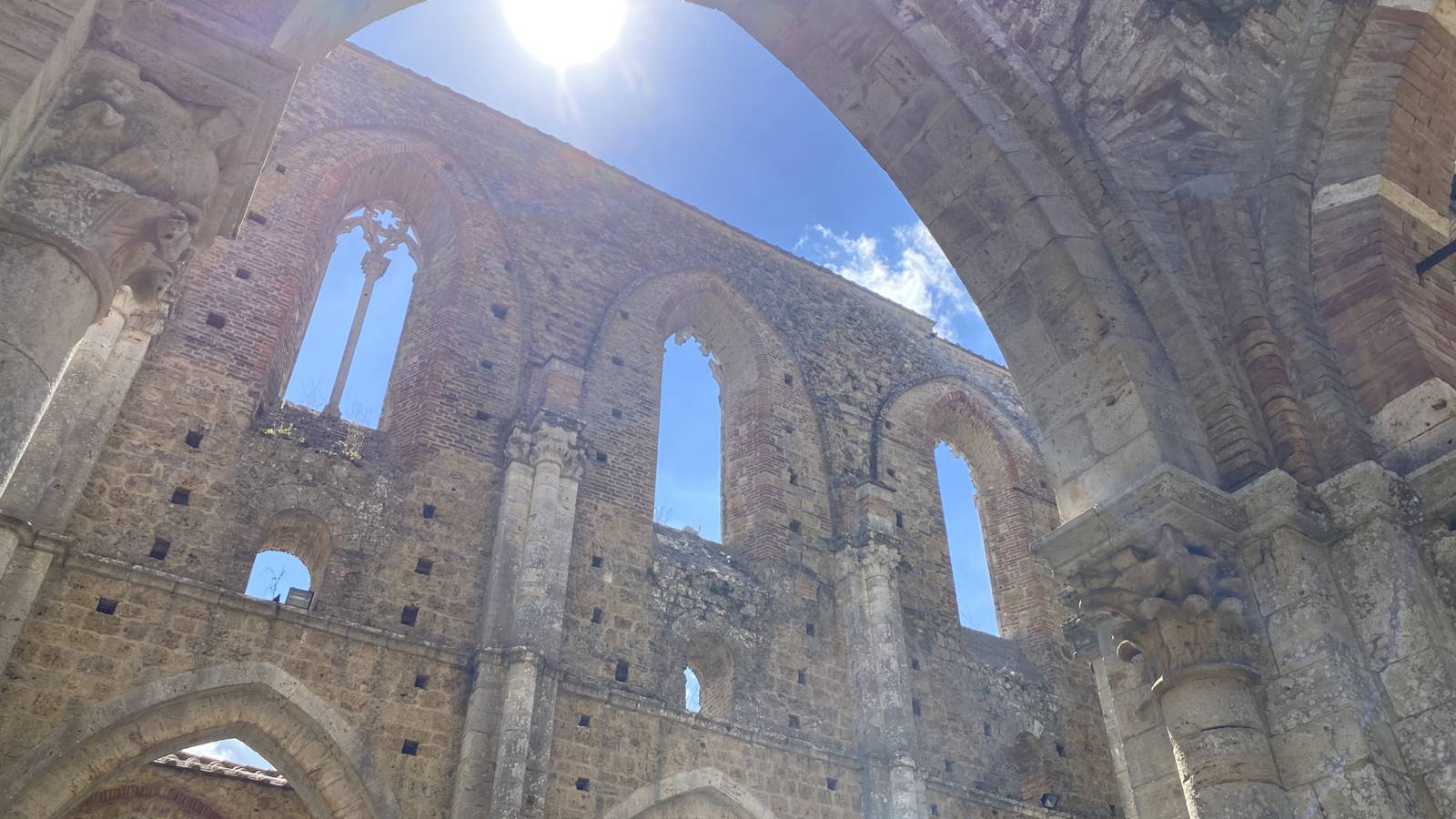 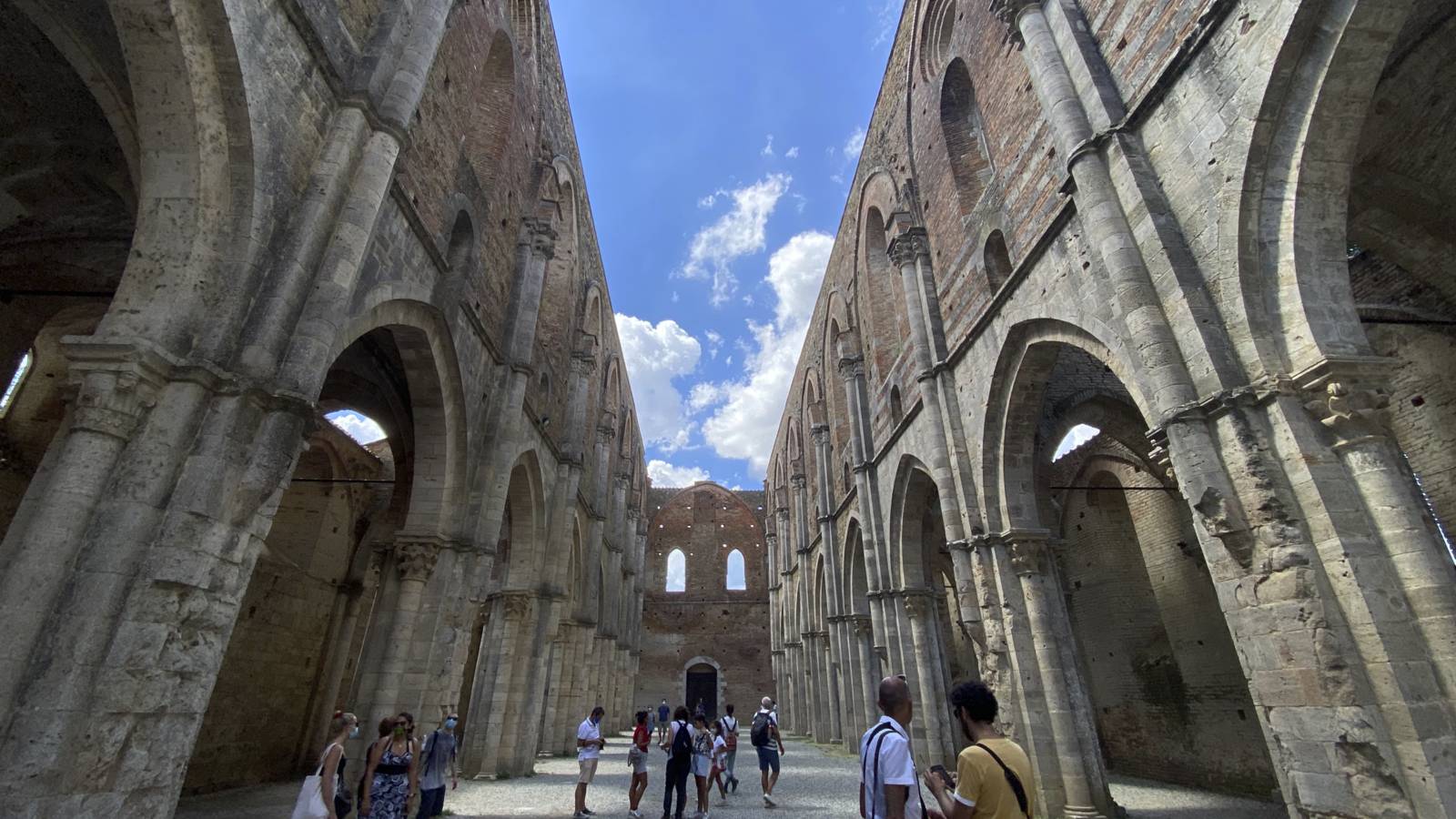 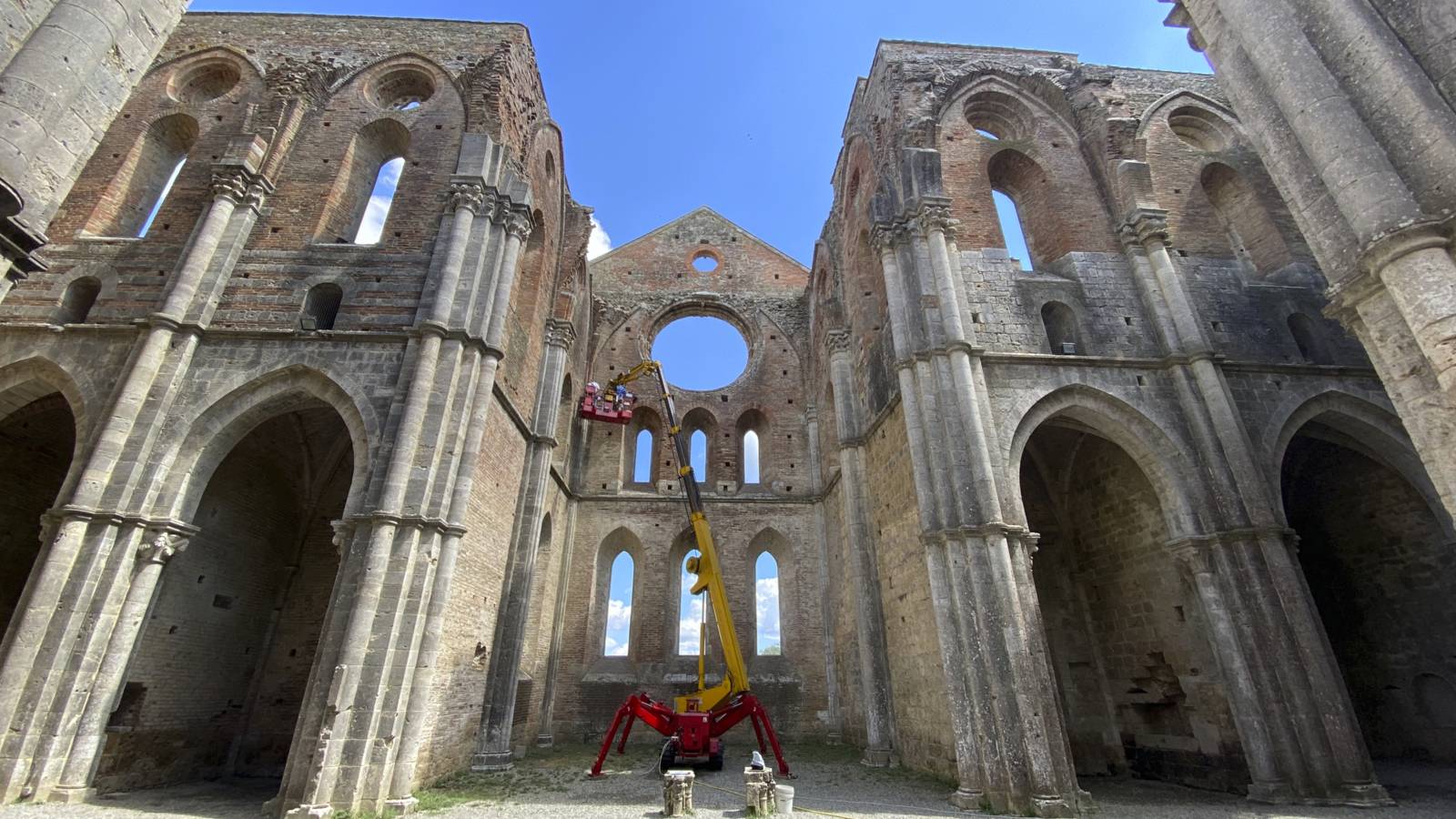 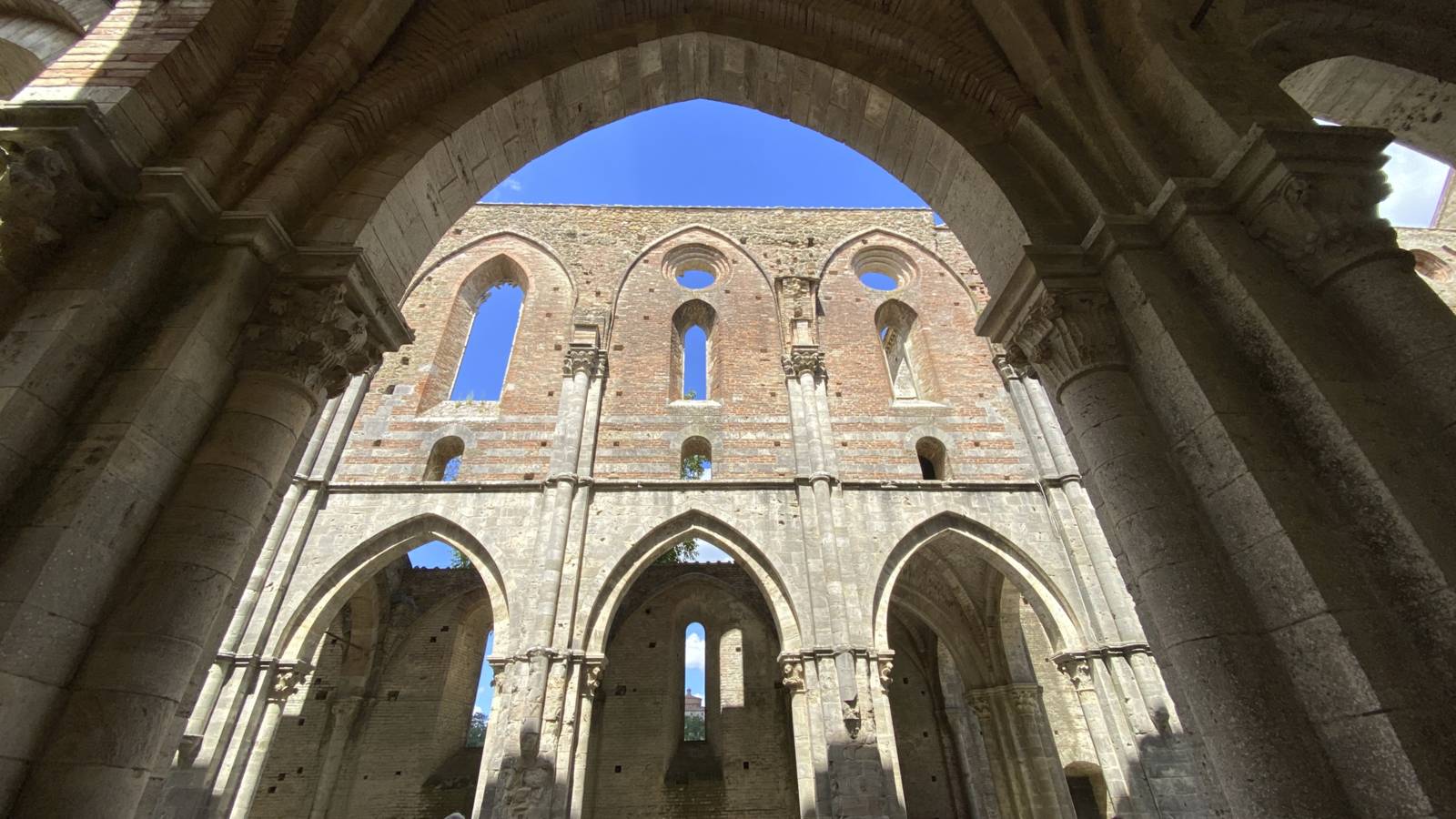 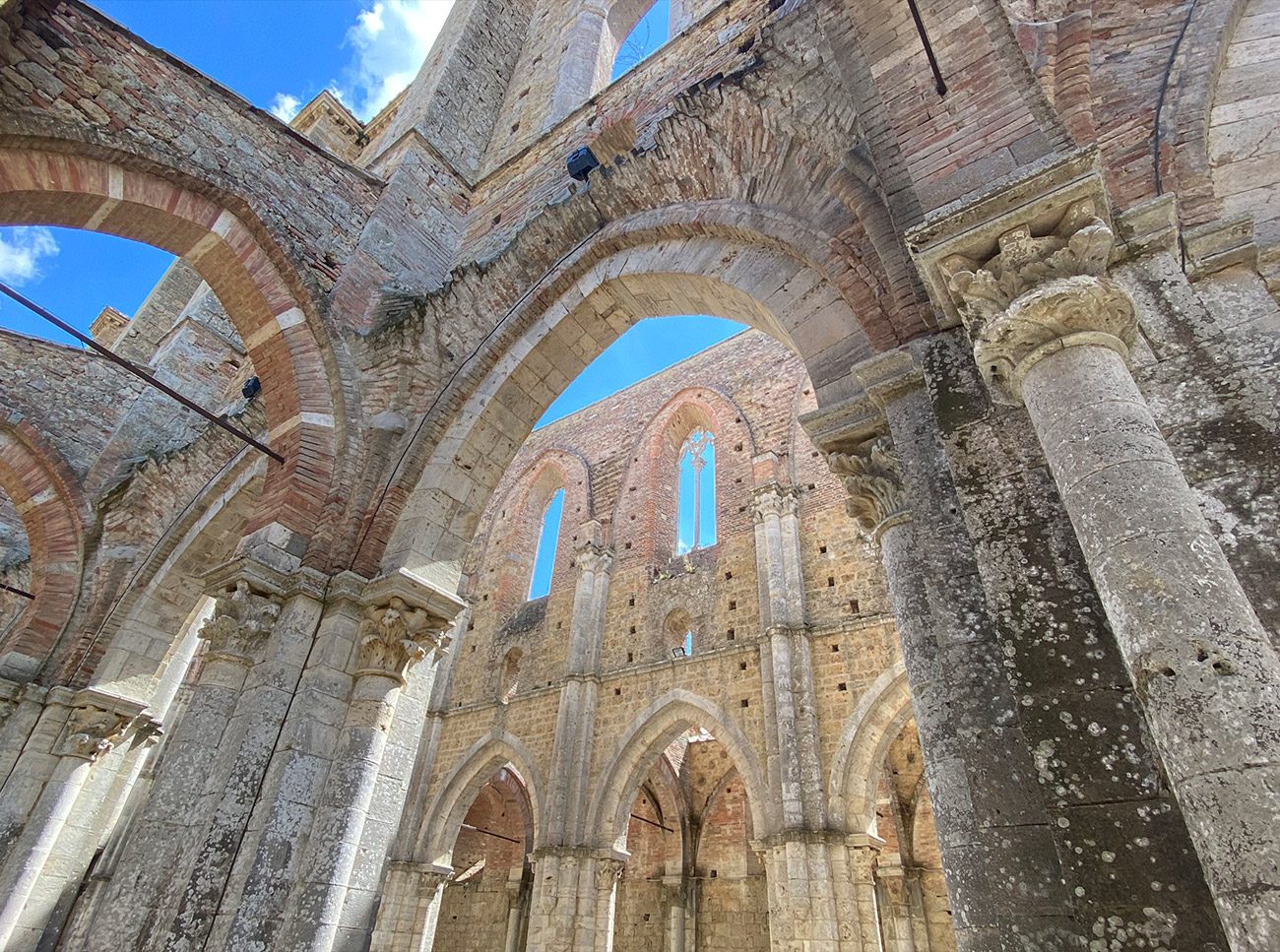 The Abbey of San Galgano

The Cistercian Abbey of San Galgano , despite being completely in ruins and reduced to just the walls, stays a must to visit. Here you can breathe a different air, history and legend intertwine and become magic. San Galgano, owner of the place that is celebrated on December 3, is known to have died in 1181; he is also known to have converted, after a disorderly youth and retired to a hermit life, to give himself to penance, with the same intensity with which he had previously given himself to debauchery. Seems like the culminating moment of his conversion took place on Christmas day 1180, when Galgano, having reached the Montesiepi hill, stuck his sword in the ground in order to transform the weapon into a cross; in fact, in the Rotonda there is a boulder from whose cracks a hilt and a segment of a sword corroded by years and rust emerge, now protected by a reliquary. This is why some bold hypotheses on possible relationships between the mythology of the Round Table and the history of the Chiusdinese saint.

I got there thanks to the stories of the locals, people who during childhood played inside the church, then completely abandoned, which still has no roof and floor, replaced by rammed earth which in spring turns into a turf.

Believe me, it really deserves the visit, and then, trust me, finish your jaunt with an aperitif in the nearby woods, in the only restaurant of the place, and taste the wines from its own cellar!